Life gets going after the Fires 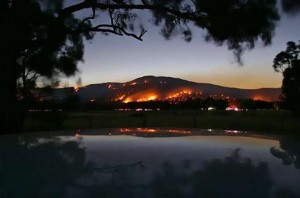 We spend our days revegetating the landscape, habitat restoration, weed management and improving soil health to help native plants and grasses to establish and to grow on a  clay soil. However this is easier said than done.

Then came the January 2011 heavy rain and Flood event which caused  widespread damage and decimated the Grampians National Park.

Visitors to the area had a long wait until August 2013 for the reopening of the “Mackenzie Falls River Walk“. One of the Grampians National Park’s most popular walks following the major fire then flood damage.

Wild Fires are back

The Grampians region was again on high alert as villages in the area were under another  major Bushfire threat . Were it not for the efforts of the Pomonal CFA  and other districts brigades the scorched earth outcome would have been more serious.